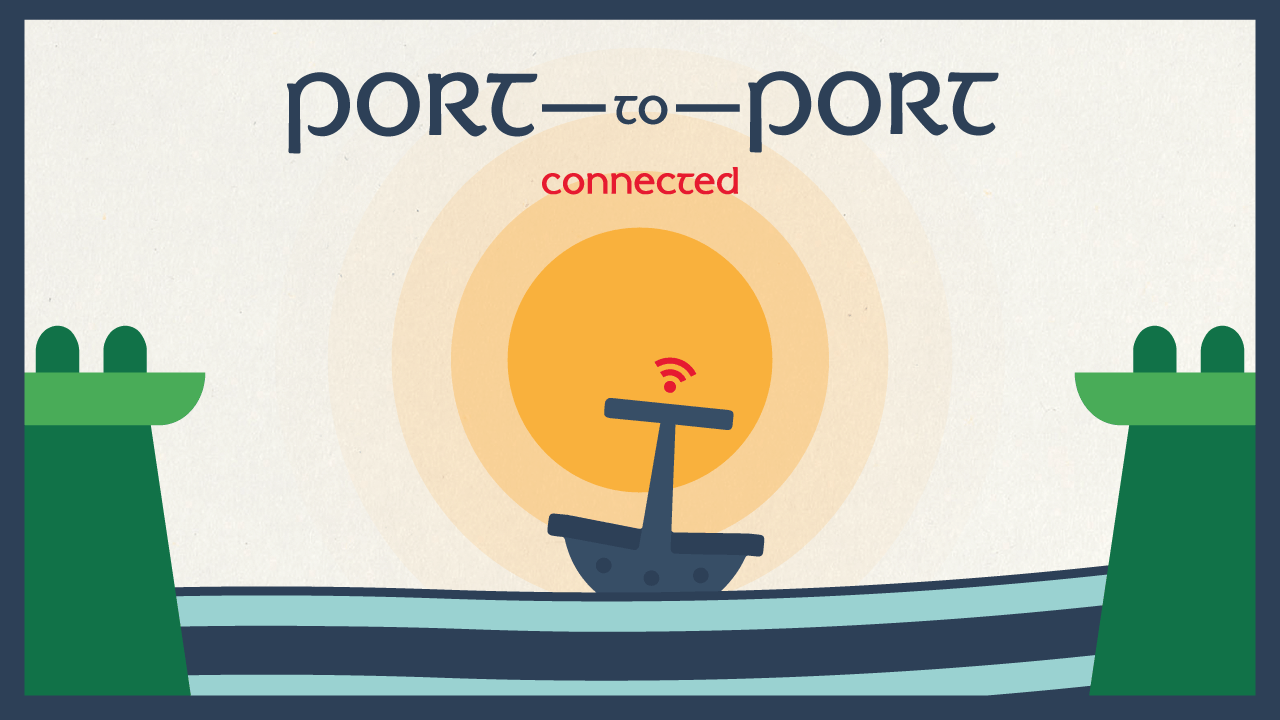 Hello wonderful people!
Unfortunately, this content is not available on phones. Pull out your tablet or dust off your PC to enjoy the virtual PORT to PORT walkthrough in all its glory!

Explore the rest of the site!

It’s a sunny Saturday here in Lisboa, Cristo Rei is looking over the Tejo, waving at the planes as they pass overhead carrying festival goers in from Ireland.

You’ve arrived in Lisboa and made your way to Beato. On the streets, the tuk-tuks are zooming by. Among all the hustle and bustle there are old Portuguese women hanging out their windows, keeping a watchful eye on all proceedings.

The birds are chatting in the trees…

- You hear about PORT to PORT?

- Let's fly over to Arroz Estúdios and take a look

You arrive at the new Arroz Estúdios. It’s beautiful, there are stalls selling crafts, tasty pizza from a wood-fired oven, and veggie treats galore! You grab a homemade ginger beer from the good people at O Gambuzinho. Ah! Isn’t it all just lovely?

You take a look up and notice there’s an unusually large number of feathered friends flying overhead… the sound of spray cans rattling catches your attention. Over there against the wall, there’s a guy painting… 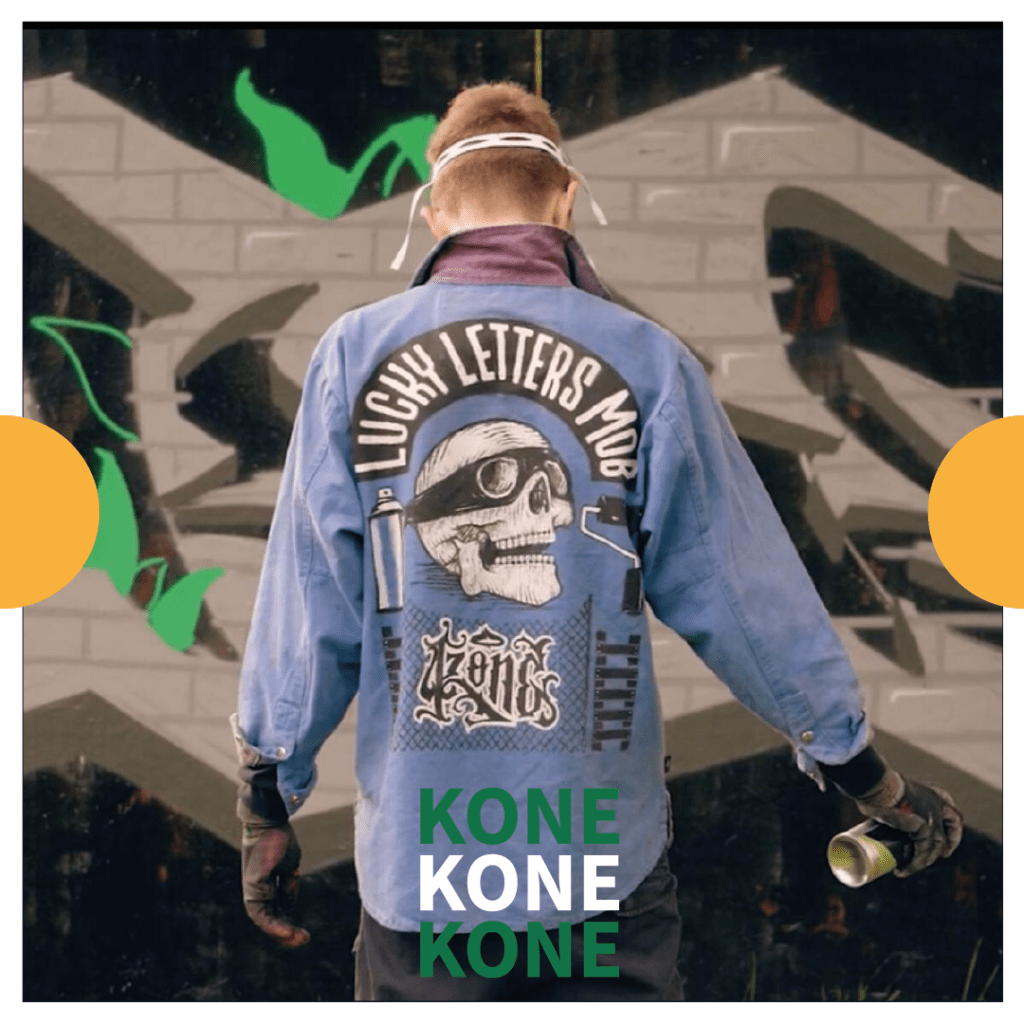 Kone is a long, long time friend of Garden. He is an artist from Cork, currently based in the Netherlands. He has been painting for almost 10 years, and in that time has developed a unique style combining illustration, street art and typography.

You can take a listen to this interview he did a few months back with District magazine. It’s dope.

Soon, there’s a bit of movement around the outdoor stage. Palavra Lisboa are kicking off the festival with some beautiful poetry accompanied by the musical meanderings of Nuno Parra and Joe from Leeds.

What a gorgeous way to ease us into the day.

Palavra Lisboa is an artistic collective composed of Joe Armitage, Lara Gilmour, Mara Silvero and Nuno Parra. Their performances are centred on spoken word and music across different languages. 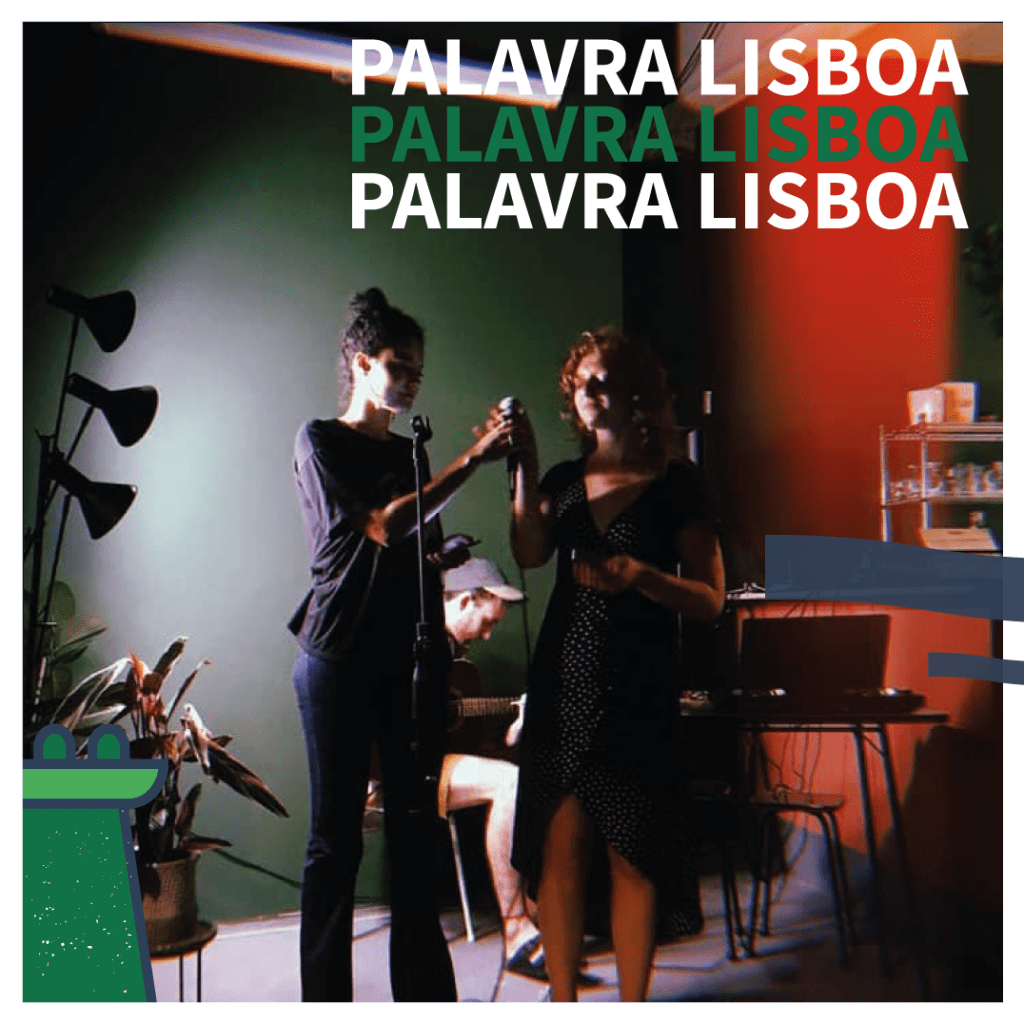 Ah, your heart is soaring after that performance, but you don’t stray too far because a friend has mentioned that Elaine Malone is on next!

- Elaine Malone is on next!

Elaine Malone is an Irish psychedelic-folk songwriter. Hailing from Limerick, she currently resides in Cork, where she has carved out a name for herself as an idiosyncratic songwriter. She’s known for her haunting voice and poetic lyricism combined with grunge roots and psychedelic leanings.

Also, make sure to check out this cool-as-feck video for her song ‘My Baby’s Dead’.

Bake a cake, make a salad, and listen to Elaine Malone sing a murder ballad.. 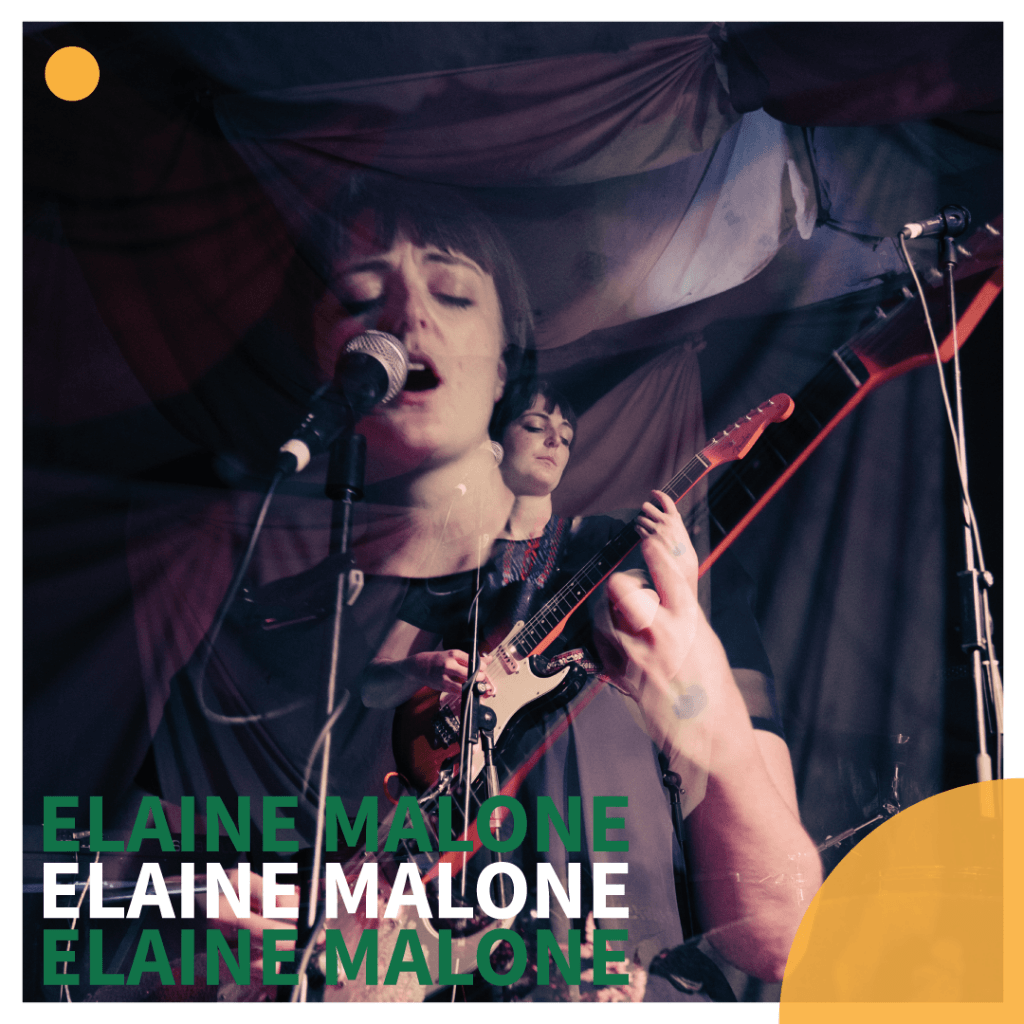 There’s a bleached blond up on the stage now. He’s surrounded by instruments. His barefeet step on wires and cables and they rise to loop around him as if entranced. He looks pleased by this. 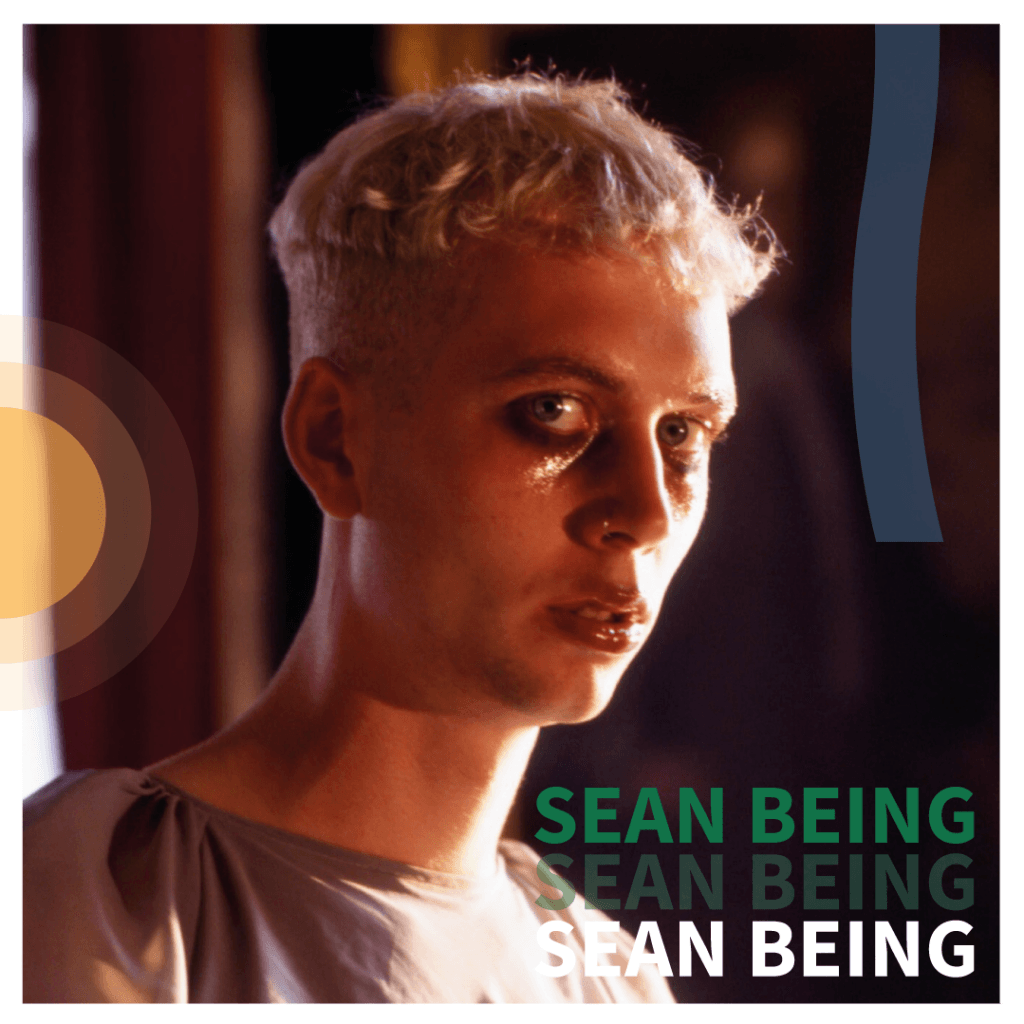 Sean Being is a musician and producer from Dublin, now based in Lisbon. His current sound involves the incorporation of traditionally live instruments into a predominantly synthetic framework, drawing from aspects of ambient, club, pop and post-punk.

His video for My Object, My Back Turn is breathtaking. We recommend you give it a watch. It also features another friend of Garden, Molly McAlister, who performed in our first LockedOff video.

He hosts Being Radio, a monthly show on Dublin Digital Radio, and has done further guest mixes on both ddr. and NTS.

His debut tape, The Brikc, was released in October 2019 on Dublin imprint wherethetimegoes.

You walk over to the entrance to take a look at the lineup. Next is Mariana Badan. A friend of yours won’t shut up about her! She says she saw her in February at Garden Collective’s ‘Dona Palavra’ event, and that she was Maravilhosa.

Your friend keeps shouting and giggling with excitement. A quick google translate and you now understand that Mariana Badan is marvelous. You shouldn’t of needed google for that one really…

She erupts onto the stage! Not giving a f**k (feck). Energy, song, words, dance, movement, fire!
An eruption of soul… 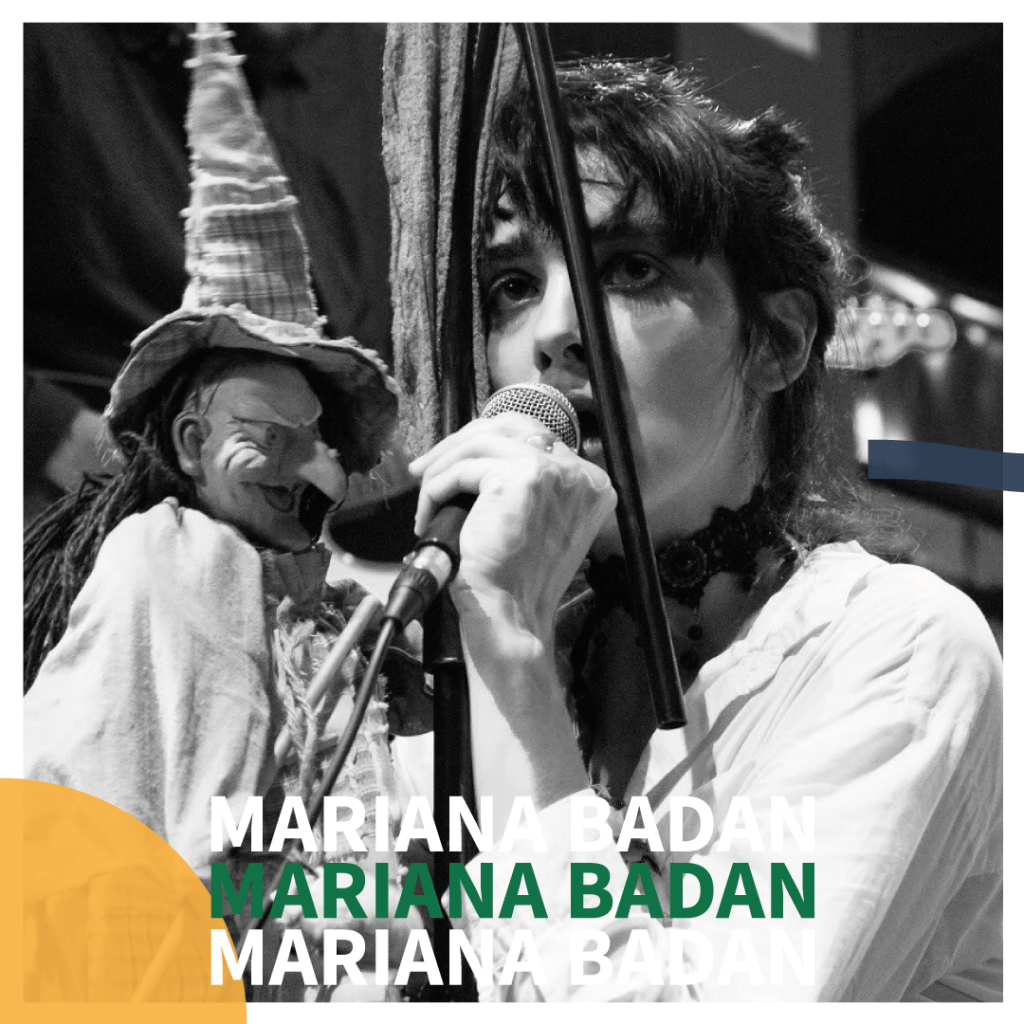 We could say a few words about this artist but our lovely friends over at Atlas Lisboa have done just that.
Take a peek at their interview with the one and only Mariana Badan.

“I’d say… deep animalesque poetry. I feel either at ease or haunted when I write and I see myself letting it all go when I get up on stage. I love the fact that I’m able to navigate through all the colors and possibilities that art provides both to me and the public.”

She leaves the stage. You clap, you scream, you can only shout…

You see people go through a door, you follow. You enter the gallery. Tilly’s paintings and Abia’s visuals take your breath away, leaving you speechless yet again.

Tilly Pegrum is a visual artist born in Norway. She moved to Manchester, UK, to study fine art and art history at Manchester School of Art
before coming to Lisbon.

Her work is about people, rooted in a fascination and a fear of human behaviour. Losing her mum at the age of 17, her art captures the dual state of being a grieving child and a blossoming woman. The body functions as a carrier of sensitivity and it unfolds truths about nearness and isolation.

The series is called “essence of fears and dreams”
It reflects the relationship between our dualities.

Abia is a multimedia artist. “Mostly film photography. I dabble with sculptures, video/material/digital collages, and have recently been doing some work with new media and digital design.” She also now runs a photo darkroom in Arroz Estúdios.
Check out our interview with Abia to find out more about her work.

The sun has set by now and you move inside to the Main Stage. Your focus goes soft as your eyes adjust to the inner surroundings of the warehouse; you receive smiles from the lovely bar staff as Renato takes your order for a lovely beer from 8a Colina. Good stuff.

As you turn your attention to the stage, you see a five-piece band emerge from the shadows, with the blue and red lighting only revealing mysterious silhouettes. The guitar amp crackles and the drummer counts in.
The Sunshine Cult is upon us, SOFT FOCUS… begin. 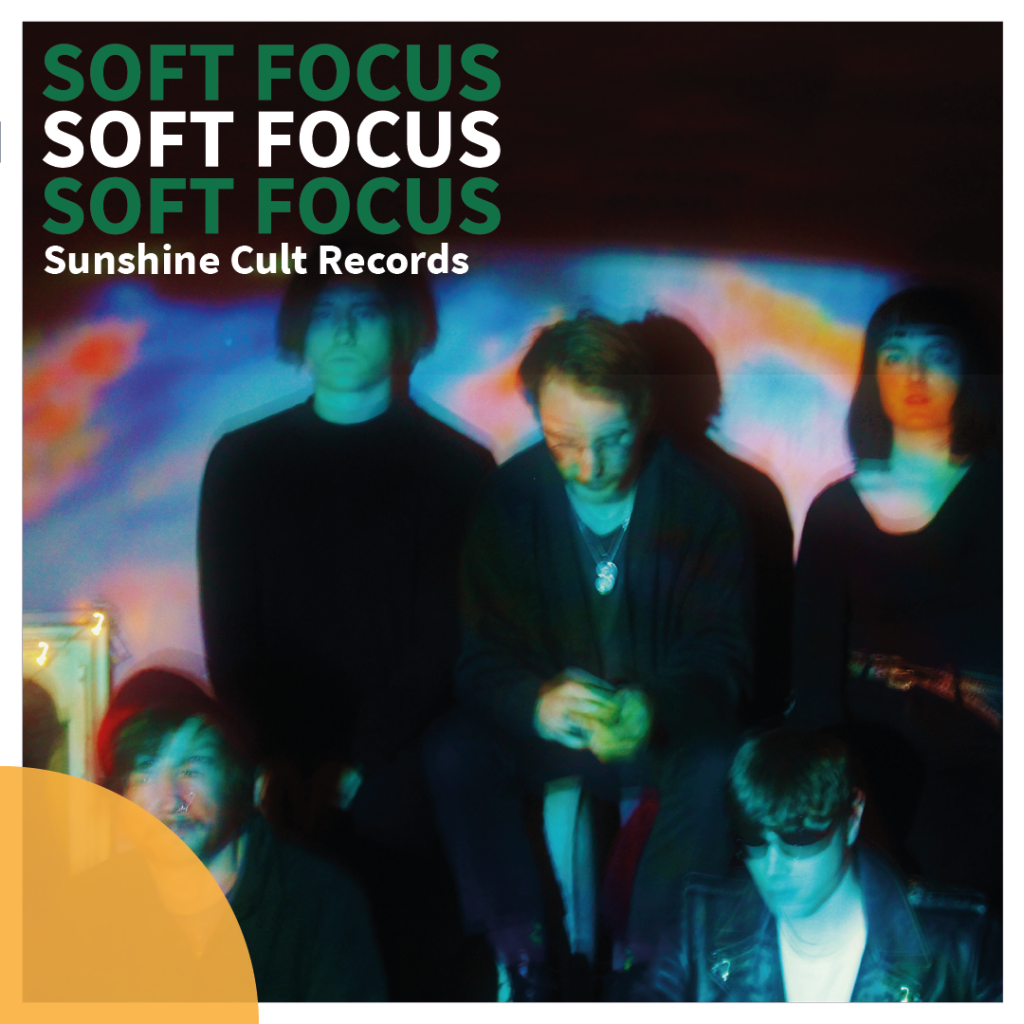 Soft Focus are a group from Cork playing a mix of drone and krautrock informed equally by psychedelia and experimental minimalism. Spearheaded by the writing partnership of Jack Horgan and Mark Waldron-Hyden (The Sunshine Factory, Sunshine Cult Records), the band also consists of Cork alumni Elaine Malone (Land Crabs, HEX), Ruairí Dale (Elastic Sleep), Jack Corrigan (ActualAcid) and Ciaran Corcoran (Mikron, Perish). They are currently preparing to enter the studio to record their debut to be released in 2020.

Oh, there’s a Soft Focus album coming soon…maybe practise a ritual to make it appear, or keep up to date with them on Instagram to find out. Whatever works for YOU really.

What’s that sound from around the corner? Ah, it’s the Limerick boys, PX Music, taking the stage! If you don’t know the game changing scene that’s happening in Limerick right now, then this is your chance to find out.

This is going to be mental. Or as Hazey Haze puts it ‘a massacre’.

You wouldn’t think it after seeing them on stage, but these lads are actually quiet gentle boys really. Take a peek at their recent interview with Mabfield.

The PX crew have also just released some new merch! Be sound, spend a few pound. 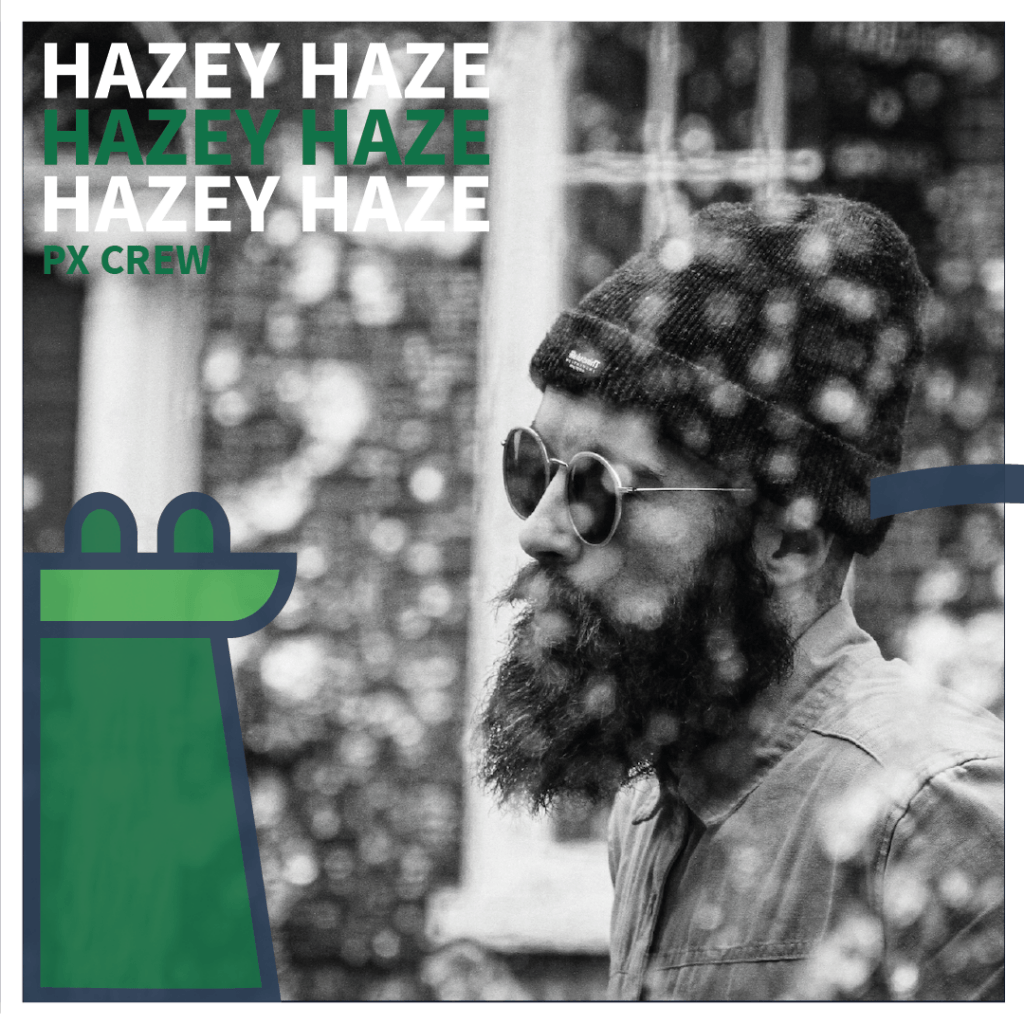 Hazey’s new album ‘Is Mise’ features too many legends to name and is well worth the listen.

And you HAVE to watch this video done for SESH FM & Brownsauce’s project ‘Somewhere in Ireland’ with a little cameo from everyones favourite Louth lads TPM/Mary Wallopers in there too:

Rumours are floating about the South-West that Citrus Fresh has been working on a new album with 40Hurtz and Danny Lanham. We’re looking forward to hearing it but in the meantime give the video for DiCaprio//Antenna a look: 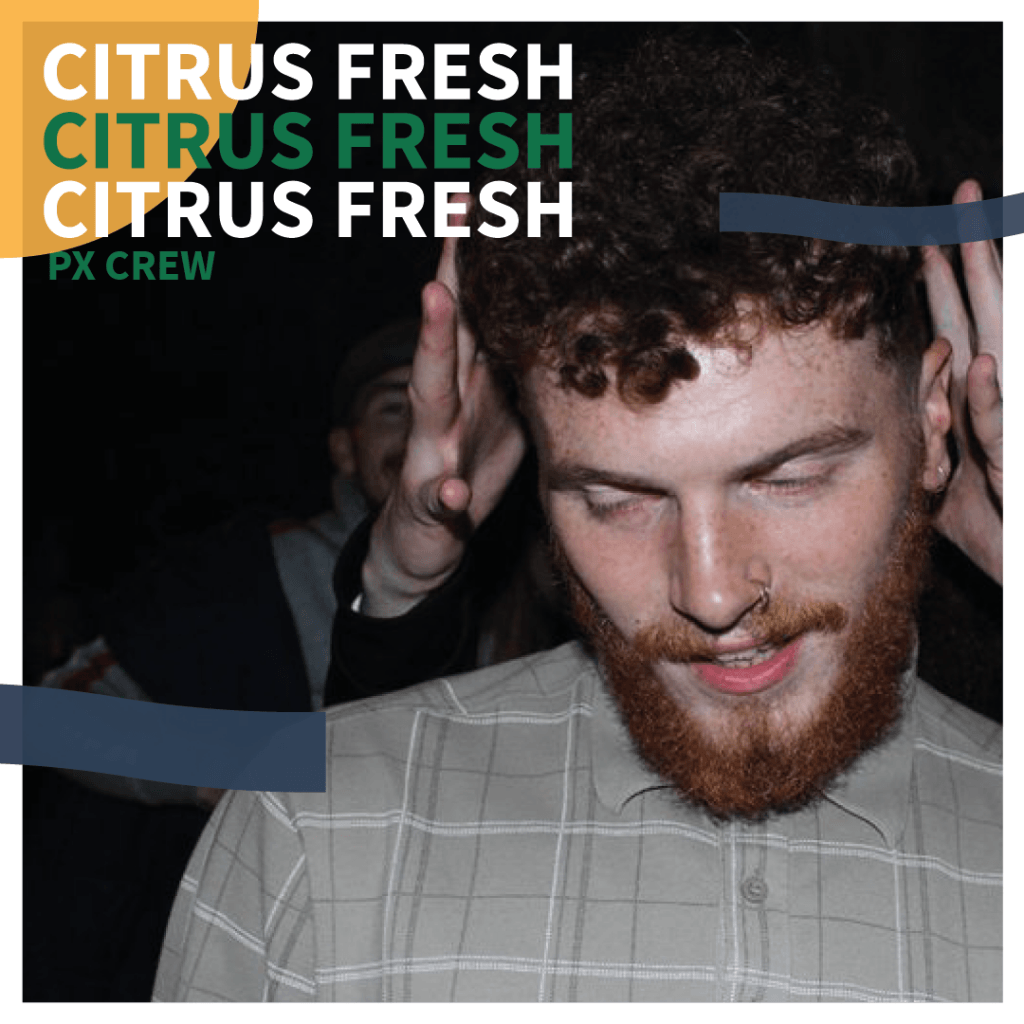 There’s music coming from strings of sorts. You can’t quite figure it all out… the hooded figure, the hardware, the instruments across the table; the lighting gives nothing away, and then your mind starts to drift as the music created live in this moment takes you into THE moment.

The projections dance over the walls casting psychedelic patterns, twisting and turning the sights as the sounds ascend through the metal roof and into the night’s sky; you dance! 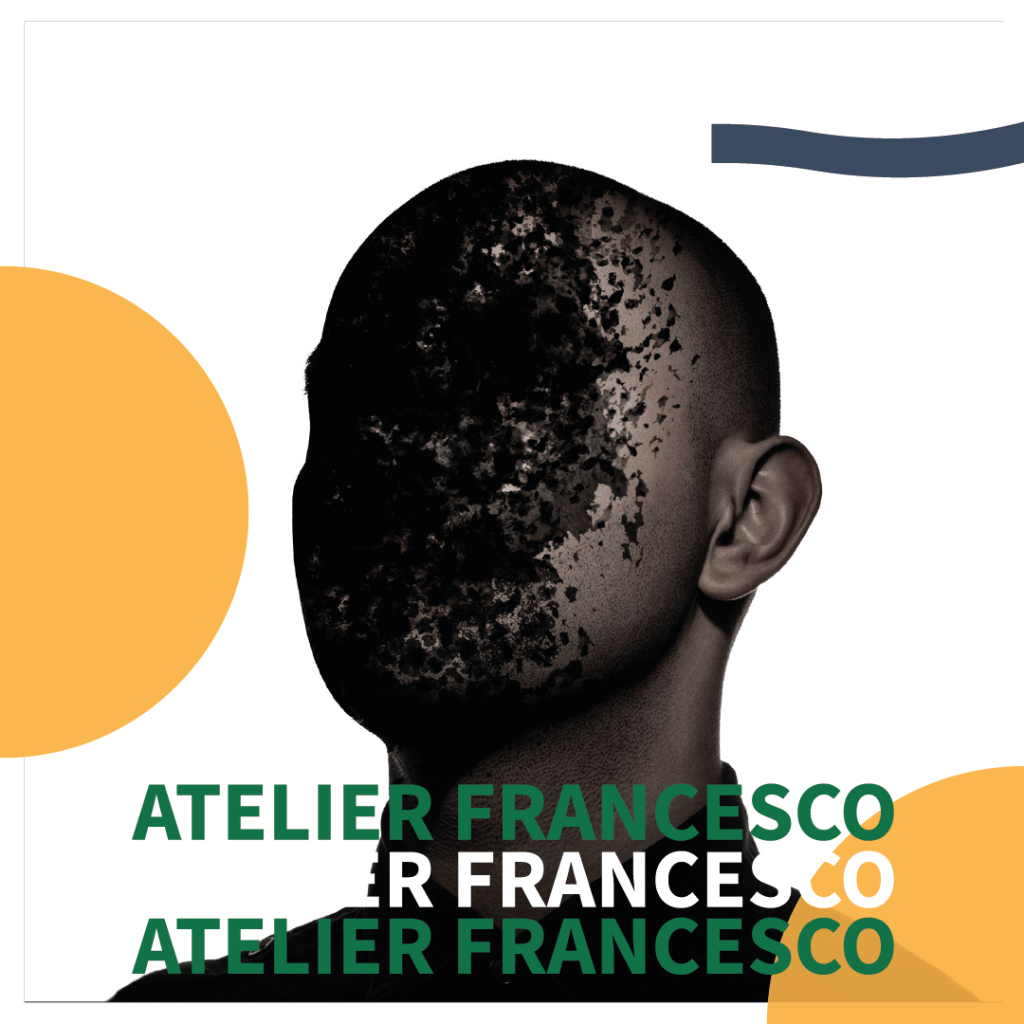 You’re standing there in awe after Atelier Francesco’s performance. Your feet beg for rest and your mind for a refresh, so you go outside for a breath of air. You head over to the bar for a Lemon’mate. You sit, you sip, you take it all in, and then two figures take the stage, each carrying a box of records. The first record is taken in hand, flipped around, and just as the light hits it, it glistens as if to wink at you… saying to you “get ready” because Will Grant & Senhor Santos have arrived to take you into the night, and welcome the morning. 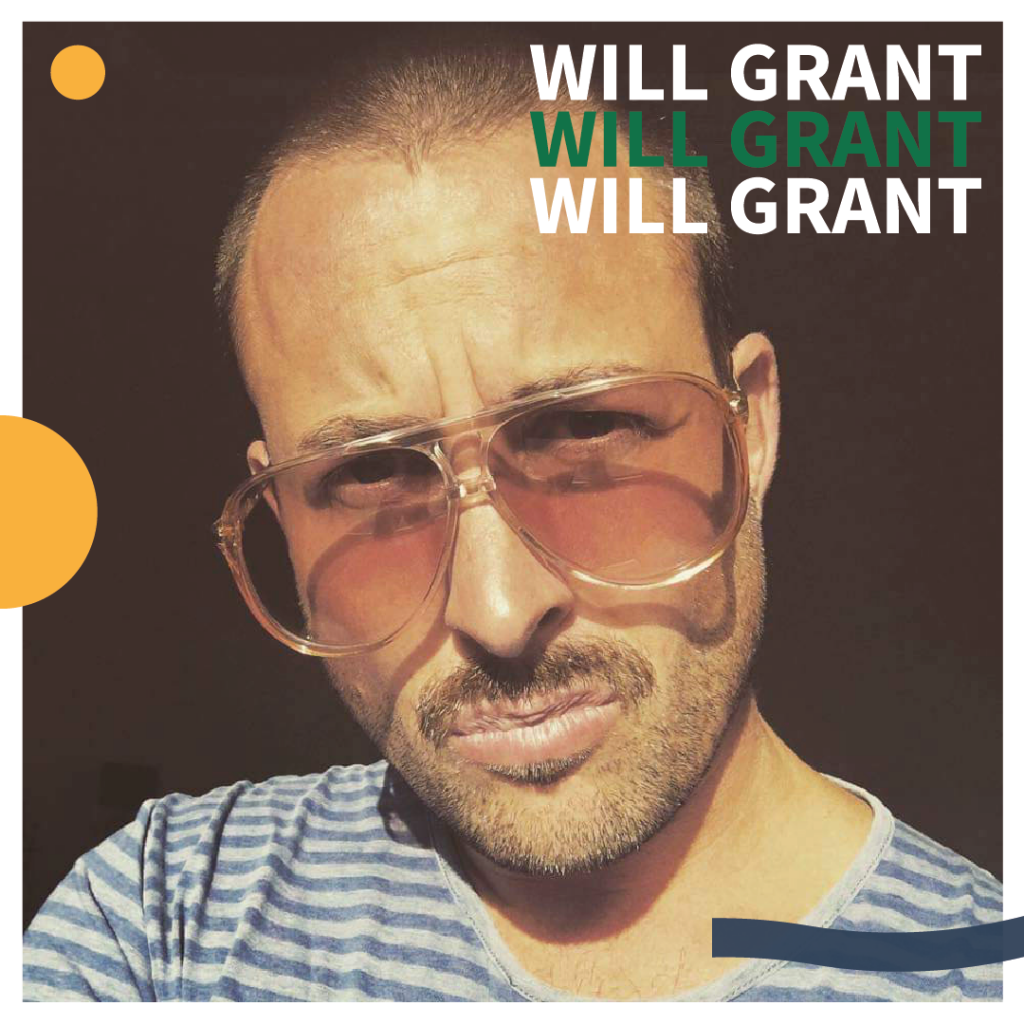 Will Grant is a Lisboa legend. He’s done amazing work with ELA, Capitão Leitão, a monthly radio show on Rádio Quântica with Joe Delon, as well as another monthly show on East Side Radio.

As for this Senhor Santos fella? We’ve no idea really. Some say he’s a 62 year old Almadense, born on the ferry to Cacilhas after a particularly stormy night. Legend has it that he had an imperial at the Kiosk, and after one sip decided to stay.

Others say he’s a lad from Cork, involved in the local vinyl pushing collective County Vinyl as well as resident DJ of Garden Collective and Arroz Estúdios. 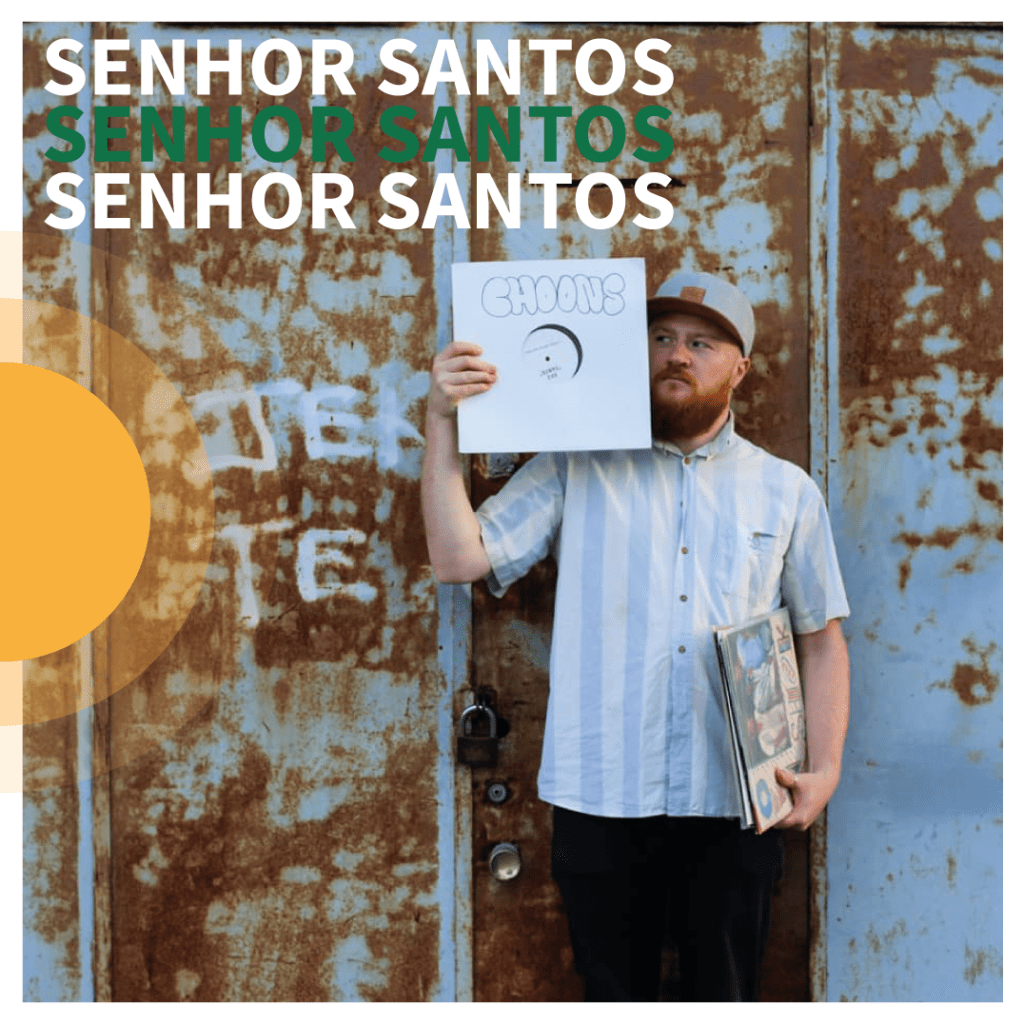 And that’s it… you stumble out of Arroz Estúdios, your friend is still shouting ‘MARAVILHOSA!’

The morning has arrived, the sun hits your face, and a smile spreads across it.

You see a group of birds huddled on a telephone wire. Maybe it’s the lack of sleep but it looks like they’re talking to each other…

- That was some night!

- You coming tomorrow? I heard Róisín is doing a yoga workshop in the morning.

- Ah nice, I could do with stretching my wings alright! 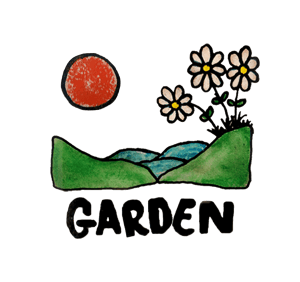 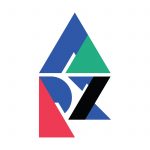 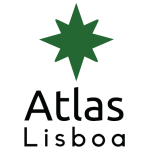 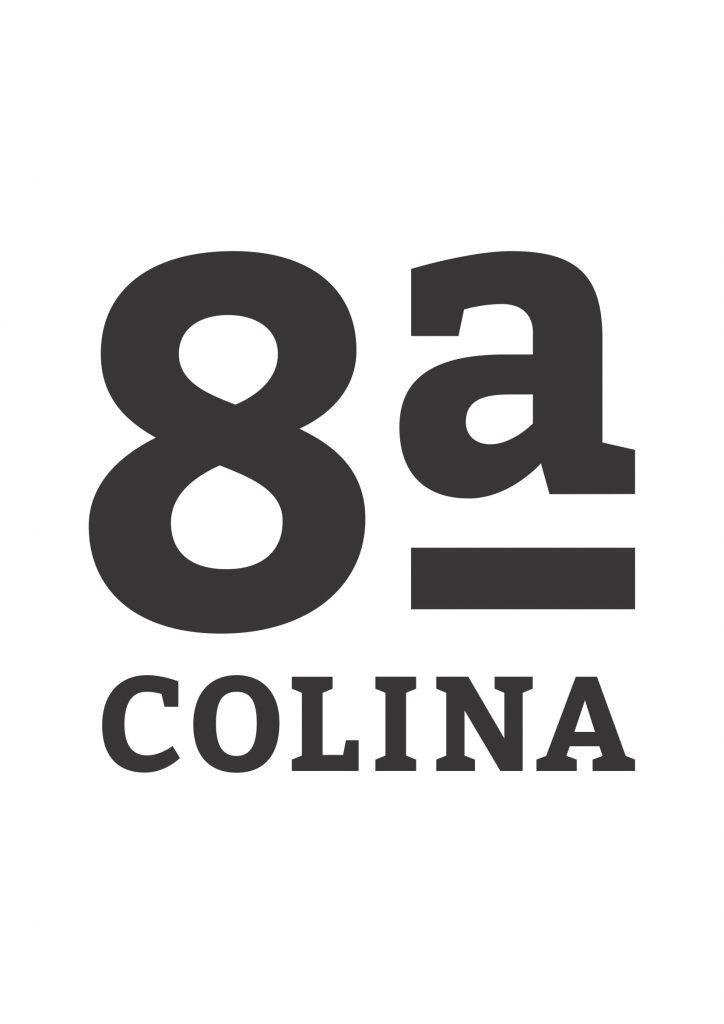