The Tourorists is a musical project founded in Lisbon, Portugal,  circa 2017, by emigrants Communistopher Gomez (from the Bronx and the former Soviet Union) and Fodasse O’Neill (Ireland).

By 2019, The Tourorists were writing and performing original songs live around Lisbon, as a trio, and thus gathering a small but dedicated local and international following.

The global pandemic of 2020 saw the full fruition of the band. Throughout the countless two-week lockdowns of the next two years, The Tourorists wrote and performed prolifically, playing sold-out (and other) shows at such Lisbon venues as Arroz Estúdios, Camones CineBar, Má Língua, Crafty Corner, O’Gilin’s Irish Pub, BOTA, Burrikornio, This Is Lisbon Hostel, Com Calma, NucleoA70, Crew Hassan, and one back garden in Santiago de Guarda. 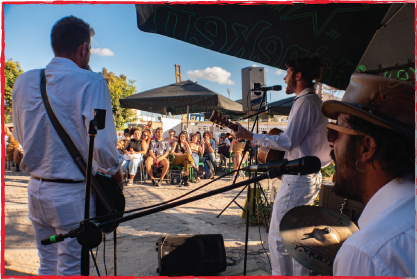 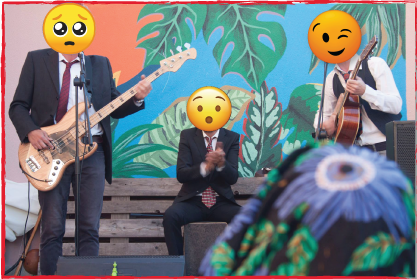 Moreover, in December 2020, the band successfully recorded their first official EP, ‘Enhanced Interrogation in a Fun-Sized Can.’ Thanks to a crowdfunding campaign, it was released internationally, in digital and analog (cassette) form, on Valentine’s Day, 2021.

By Christmas 2021, The Tourorists successfully recorded their second official EP, ‘Project Hector,’ which was internationally released, and presented to the public locally in a circus out by the airport (aka Zirkus Mond), on May 14th, 2022. Said EP was also accompanied by their very first official music video, ‘One-Man Band.’

Today, the band continues pushing musical boundaries and playing live throughout Lisbon, with a number of upcoming shows in and around Lisbon, and plans to tour nationally and internationally in many futures.

From The Tourorists’ second EP “Project Hector” released on May 14th, 2022. 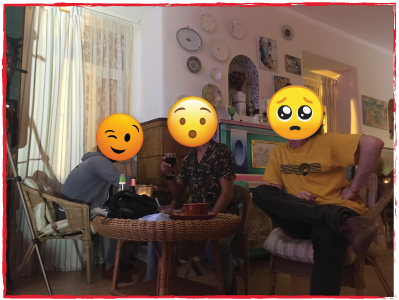 Proudly sponsored by ourselves and our vices.