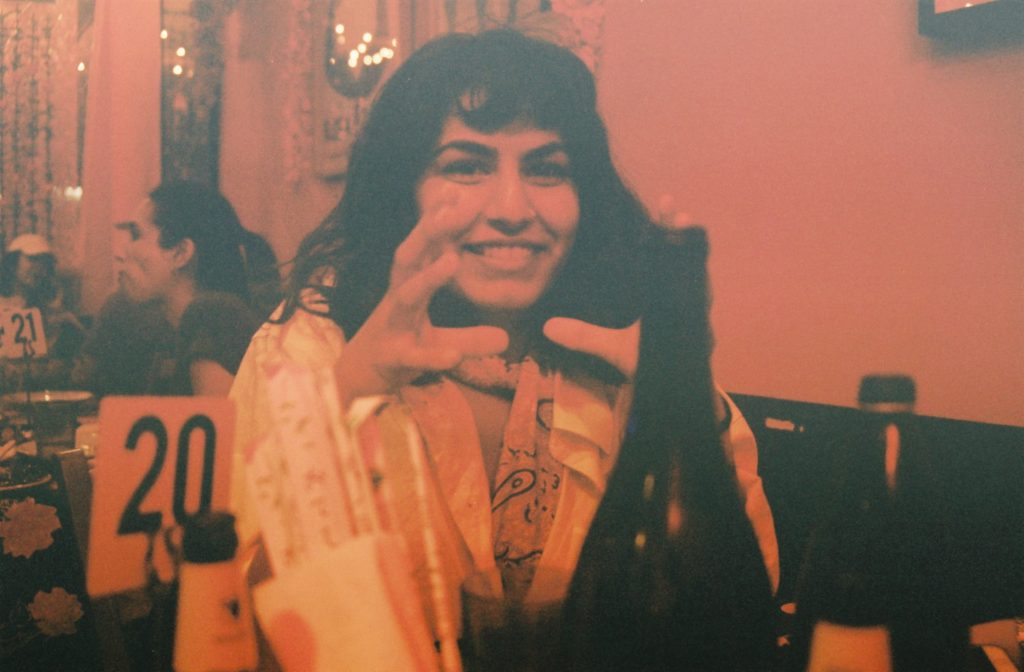 I grew up in Deerfield Beach, South Florida, a little beach town a bit north of Miami. There wasn’t much of an art scene within the little community, just a bunch of beach rats (myself included). A lot has changed in the city since then, the culture has really shifted. A friend of mine, Melissa Hale, opened a film lab with her partner in Deerfield. It became a beacon of light for art in the city and has become a safe haven for me when I’m down there. They throw events and shows almost every week. I was able to be in a couple of shows before I came here to Lisboa.

After Florida, I moved to Santa Barbara, CA, where I bought my very first film camera, a Nikon FM10. I learned so so much, met incredible people, and really grew into myself and my appreciation for photography. After a few years, I packed all my worldly possessions into my car to drive up the coast to Portland, OR. My first stop along the trip was San Francisco. I woke up in the morning to my car window busted in and most of my photography equipment stolen (including my shiny new Pentax K-1000). The worst thing being my hard drive, it had something like 20,000 photos on it. I lost a lot of my work. Everything I had ever shot up until that point, gone. Since then, I have only shot on film and I never replaced my digital camera that got stolen. Despite the loss, it has been really great to see the progression of my work on a relatively short timeline. If it’s not lost, forgotten.

What do you do and what are your influences?

I’m a multimedia artist. Mostly film photography. I dabble with sculptures, video/material/digital collages, and have recently been doing some work with new media and digital design.

As for my influences/inspirations, a lot of filmmakers have actually inspired me. First and foremost, Maya Deren, an avant-garde experimental filmmaker in the ’40s and ’50s. She would create an experience with her work, using subjective psychology and camera techniques in ways that makes it feel like a stream of consciousness.

Also, my friends are my biggest inspiration. My friends + adventure + a camera = my sanity.

Can you tell us a little more about why you shoot with film?

I mainly shoot 35mm film, it’s the most affordable and convenient for me at this moment. Being [outside of the USA] there isn’t a lot I can bring with me or access. However, given the choice, I would be shooting Large Format 4×5. I skipped over medium format which is a camera that I have been looking for. I’m just waiting for the camera to find me.

Is there a shot / specific piece that you’re particularly proud or fond of? Why?

There are definitely some shots I am really proud of, but the saying “you are your own worst critic” is very accurate for the relationship I have with my work. But there is this feeling in the pit of my stomach that is saying “the best is yet to come.” Which will be the result of a lot more time and energy going into my work.

One shot I have in mind isn’t necessarily my favorite in terms of technique or look, but more so as a feeling. It is of a friend that is very near and dear to my heart, and he is looking through some binoculars next to a giant disco ball, looking at the moon. It evokes this nostalgic feeling for me. It has encapsulated a whole piece of my life.

What is the core concept of the exhibition you’re displaying at Garden?

The premise of this series is the result of collecting and accumulating things your whole life, only to be left and abandoned. These items continue their lives frozen in time, to go on, unchanged. Each item, whether it be a shoe or book, holds within it memories. It can only be described as an ambiguously haunting feeling. The series was shot on Route 66, just outside the Mojave Desert. Homes abandoned left and right. Shot in B&W on my Canon AE-1. It was from a few months back, and I am really hoping to go back to the desert.

Do you have any other projects outside of what you’re displaying at Garden? What are they?

Yes, too many to go into. I’m a bit overwhelmed. But I am prioritizing getting my website up and designing a zine to share some of my work.

Have you got any other upcoming shows that Garden Collective members should check out?

This is my first show in another country, and I’m really looking forward to it. 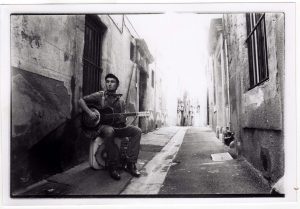 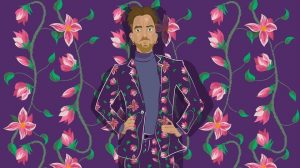