We returned at the end of September for the first event of our winter series, and it was a doozy (doozy is still cool, right?). With great décor, tasty food, incredible musicians and stunning artwork, it was one of the best Garden Events so far, or so we’ve been told. 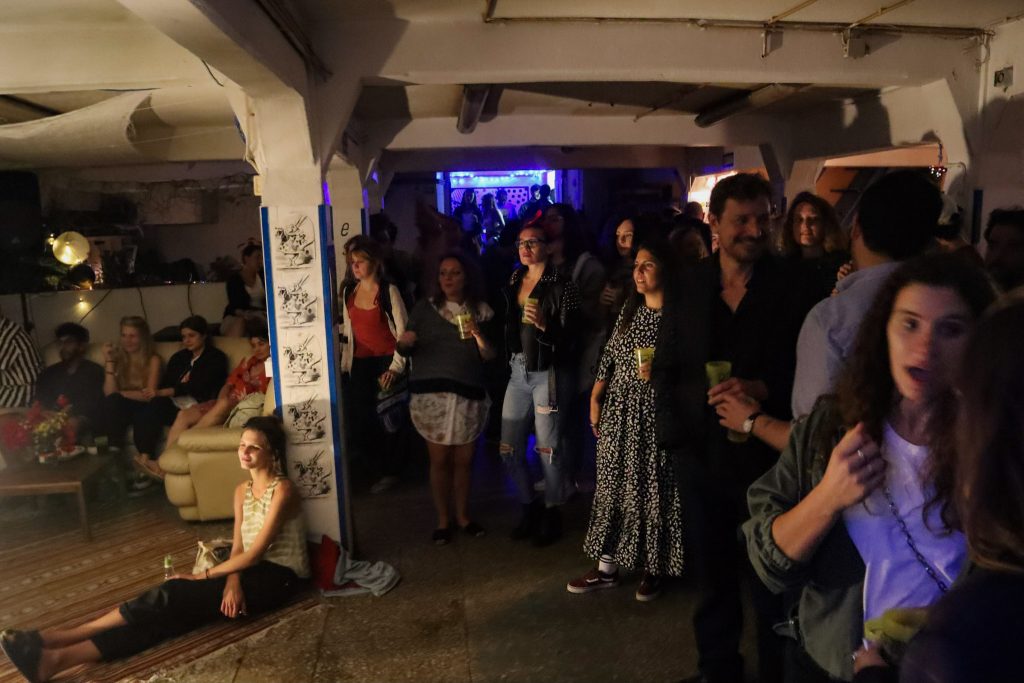 The event was kicked off by two poets, Eladio Cardoso and Alexandra Soulfire. Anybody who’s attended a previous event at Arroz Estudios will probably already know Eladio as the rather relaxed man on the door, but this night he swapped his stamp for the stage and delivered an incredible performance. He was joined by Alexandra, a new face for Garden and the studio (but one we’ll surely be seeing a lot more of), who delivered a powerful performance. What a way to start the night.

Our first musician of the evening, Clare Kelly, came all the way from her home base of London to deliver a captivating set. Her incredible signing drew people in from outside as she stood solo on stage. There is plenty more to say of Clare and her performance, but it’s probably better to leave her to say it in her own words, which you can find in her Garden interview.

Reminding us that punks not dead, the three members of Tourorists delivered a great show which had the crowd jumping, clapping and probably being delivered into the depths of an existential crisis.

In what was his self-proclaimed “first hip hop show,” King Crivel was joined by his band to deliver a rollercoaster of a show, taking people from sitting on the floor enchanted by his lyrics to bouncing about as if they would never stop dance again.

Arriving at Garden straight off the back of another show, these guys exuded an almost inhuman energy that took revellers all the way to 1:30 am, past the last boat and settled in for an all-night party. The pair pressed buttons, swiveled knobs, and sang songs in a live electronic set that had the whole building on their feet.

Anybody who knows anything about the dance scene in Lisbon, or the music scene for that matter, will know the name Troll2000. A legend of a DJ, he delivered an amazing set to kick off the late-night tunes and even snuck in for a cheeky B2B set with resident Garden DJ Senhor Santos.

Resident Garden DJ, decorator, organiser, schemer and general event extraordinaire Senhor Santos pumped out yet another incredible set before jumping on B2B with Trol2000. Working to transition to the final act of the night, and Garden regulars, DeVibe.

At what was supposedly their last ever Garden appearance, DeVibe played an incredible end-of-night live electronic set that pulled the party well past the last ferry and to its climactic end. What a night. What a day. What a Garden.

September’s exhibit was put on by Abia Karim, an American photographer and multimedia artist who currently resides in Lisbon. A beautiful display of black and white images, the exhibit was “shot on Route 66, just outside the Mojave Desert,” where you see “homes abandoned left and right.” My description doesn’t do the exhibit justice, but you can read about it in Abia’s own words in her Garden interview. 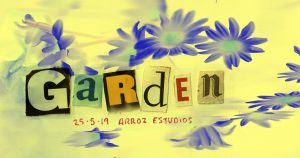 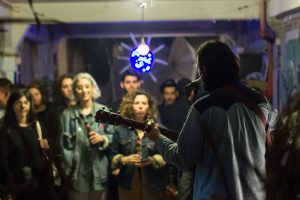 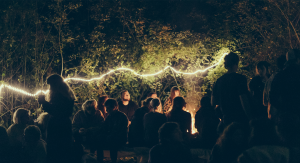